A new development: a conical cooker for solar cooking 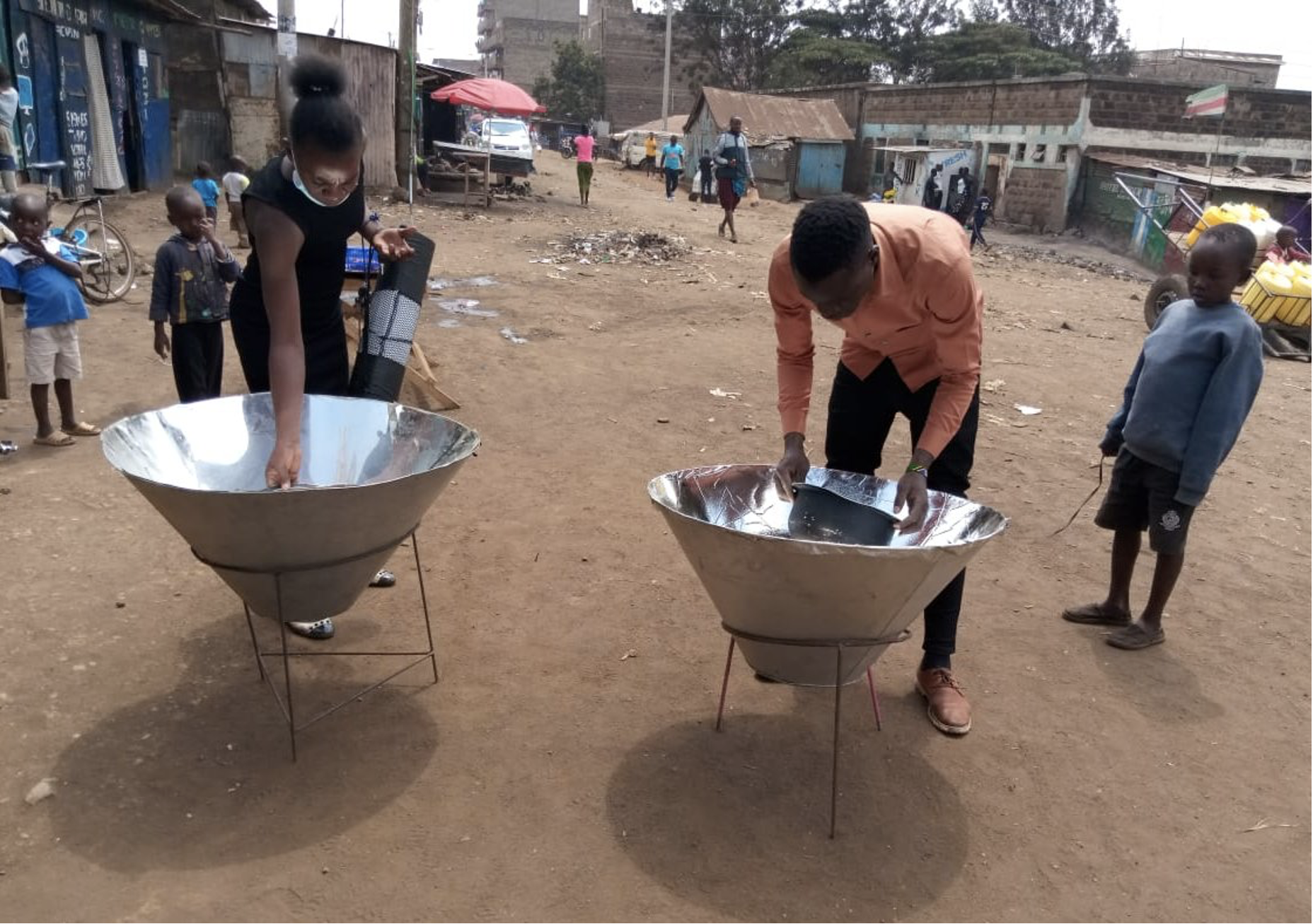 Recently our partner in Nairobi, Samuel Odhiambo of Asulma Centre developed in collaboration with Henk Blok from SCK a conical solar, which has a large cooking power and is relatively cheap. It consists of a piece of iron bent into a conical shape, which is covered at the inside by reflecting aluminium foil. Inside the conus there is a platform of blackened iron on which a blackened pan is placed. The sun rays reflect from the aluminium foil onto the pan and platform, which absorb the radiation and thus are heated. Putting a transparent sleeve or plastic bag around the pan yields higher maximum temperatures and thus faster cooking. When using a conical cooker with a diameter of 80 cm, 1 liter of water can be brought to boiling in about 20 minutes, and when baking bread, temperatures in excess of 150 °C can be reached.

The vertically oriented version as shown below works fine when the sun is high (70 – 90 degrees) above the horizon, but often the sun will be at a lower angle, for instance, early in the morning and late in the afternoon around the equator, and all day away from the equator. Therefore, a version tilted over 20 degrees has been designed, which can be used also when the sun is at lower angles. This tilted version works down to sun angles as low as 40 degrees above the horizon. Therefore, this version is preferred, even for countries around the equator.